The Coalition was formed as the chambers recognized that Rhode Island needed an advocate at the State House to speak for the interests of business. While laws impact both large and small companies, most business owners and managers don’t have time to attend committee hearings and offer testimony on proposed legislation. By having their Chambers of Commerce act as their voice, company officials can easily have a say in the business of government. By unifying chambers throughout the state, the voice of business becomes louder and stronger.

The Coalition has grown in strength and numbers over the past eight years, expanding to represent 10 chambers in Rhode Island and more than 7,500 businesses.

The Government Affairs Committee establishes the legislative agenda one month prior to the start of the new legislative session, for ratification by the respective Chambers of Commerce. The Government Affairs Committee also makes policy recommendations on issues that are forwarded to the various Chambers for their review.  In order to respond quickly to issues, the Government Affairs Committee is fully empowered by the respective Chambers to determine Chamber Coalition positions on issues and take action on them. In the event the Chamber of Commerce Coalition adopts a legislative position that is in conflict with any partner Chamber(s), the Chamber of Commerce Coalition will not testify on behalf of said Chamber(s) and will note the difference of opinion for the record.

The Chamber Coalition works because of the respect that the participating Chambers have for each other, and their needed autonomy. The Chamber of Commerce Coalition has two registered lobbyists.

Now, as the Coalition grows in strength and number to become the largest lobbying voice for business in Rhode Island, Coalition members invite companies throughout the state to join their local Coalition member Chamber and become part of this group that is working to make Rhode Island a better state in which to do business. 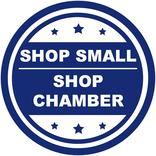